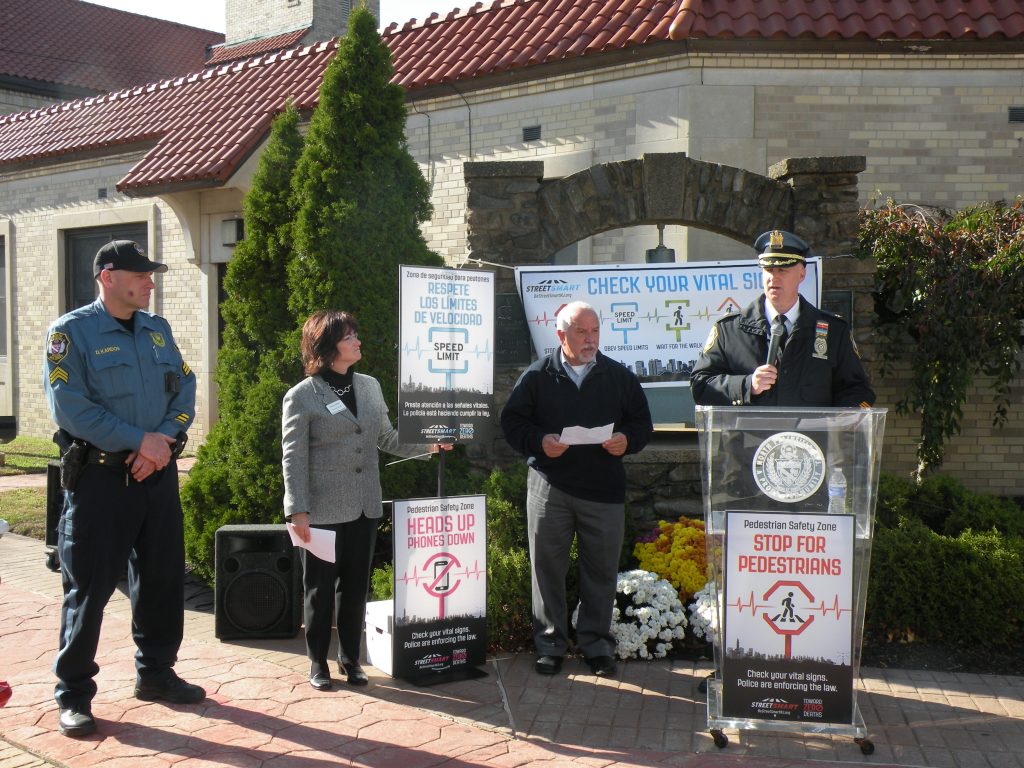 The 2016 campaign focused on Somerset Street and Jackson Avenue and consisted of 200 hours of police enforcement, which included handing out educational materials such as tip cards, and resulted in a 13 percent increase in the rate of compliance with traffic laws in terms of how many pedestrians waited for the “walk” signal before crossing the intersection. However, the number of motorists not yielding to pedestrians increased from zero to four instances, indicating a greater need to educate and enforce pedestrian laws among motorists.

In 2021, fewer summonses were issued. Unlike the 2016 campaign, this campaign included pre- and post-campaign surveys, providing a deeper look into how the public viewed pedestrian safety issues in North Plainfield. A speed study was also conducted along Greenbrook Road. The campaign resulted in a 26 percent decrease in pedestrians crossing mid-block at target location 1 (Somerset Street and Race Street) and an 8 percent increase in pedestrians using the crosswalk at target location 2 (Somerset Street and Chatham Street).