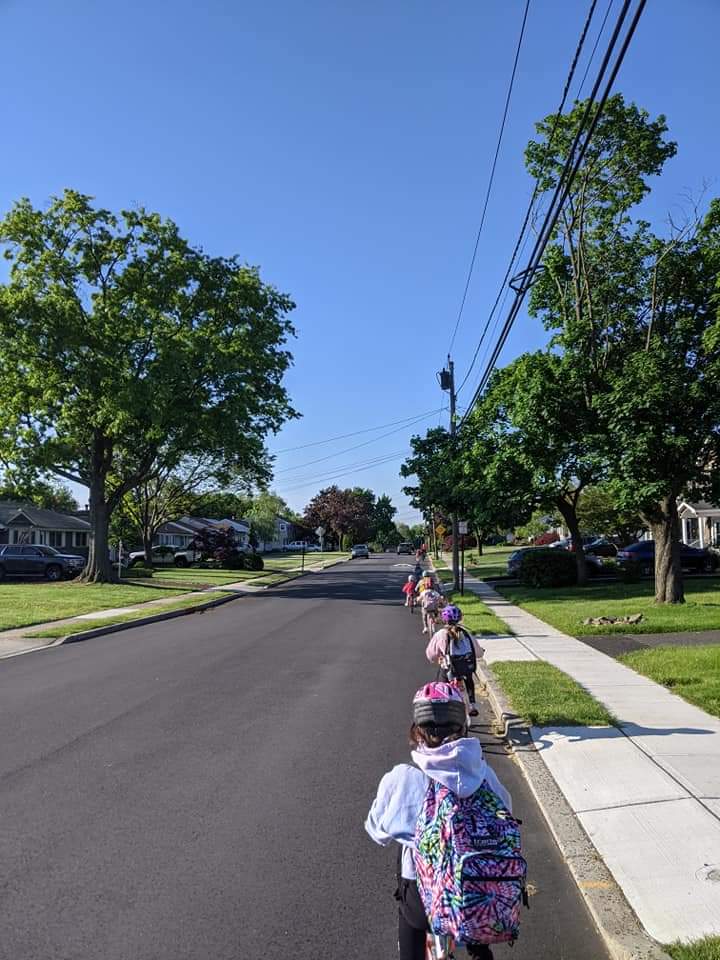 A bike train is the biking equivalent of a walking school bus: students and parents bike along a pre-determined route between home and school, often picking up other students at various “stops” along the way. It was September 2016 when Raritan Borough residents Joe and Colleen Kempe decided to form a Bike Train in their own community.

Joe contacted RideWise to see if a bike train already existed as part of the agency’s Safe Routes to School program. When it didn’t, he and Colleen decided to start one. “My wife and I established a route and we started to invite students we knew who lived along the way,” Kempe said. The first Bike Train ride consisted of one parent and two students riding along a 2-mile route to JFK Primary School. By the spring of 2017, the Tuesday bike train grew to 20 participants prompting one parent to comment, “We’ll need a bigger bike rack.”

Five years later, the Raritan Bike Train is still going strong, providing a fun and active way for students to get to school – even during the COVID-19 pandemic. “We have had to adapt to new protocols,” Joe said, “but are thankful that the science has shown it’s safe to ride and be outdoors with reasonable adjustments. The irony being that many of our riders prefer to wear their masks on some of the chillier mornings to keep their faces warm.” 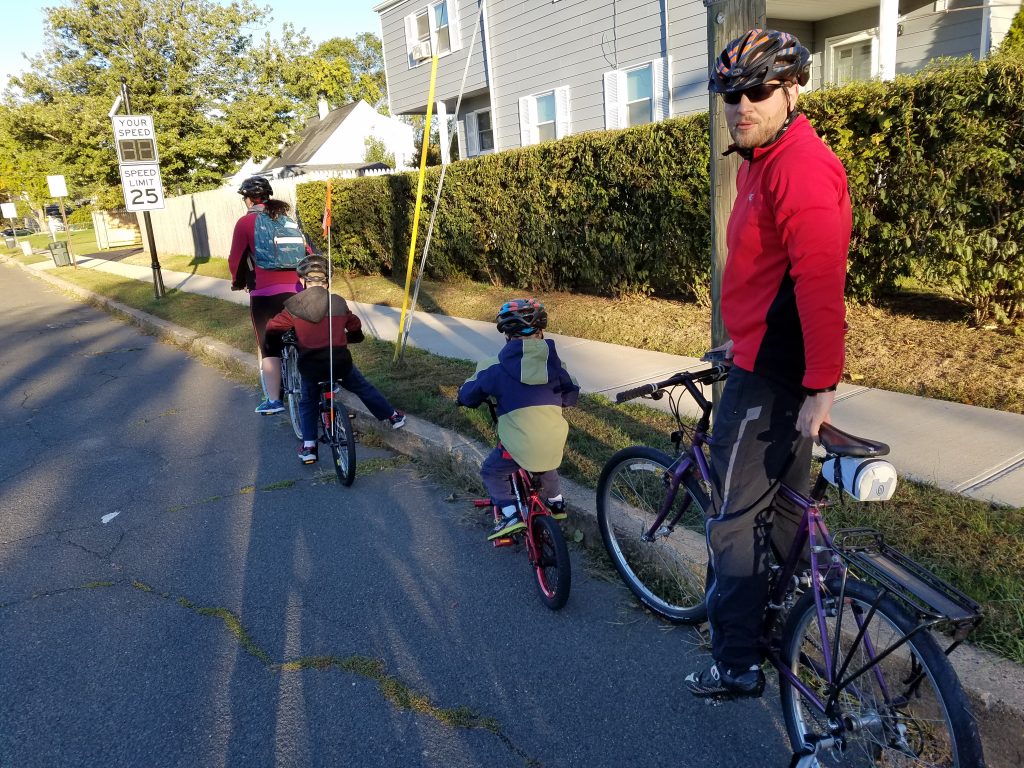 Remote learning and many parents working from home have led to some larger changes to the Bike Train. Fewer parents put their children on the school buses, instead opting to drive them to school, leading to a sharp increase in traffic and affecting how the students ride into school grounds. “We now walk our bikes to the rack rather than ride past the cars waiting for dropoff,” Joe remarked. Different learning cohorts also meant students were not attending school on the same days, breaking the Tuesday bike train into smaller biking groups on different days.

But, with JFK returning to 5-day instruction, the Bike Train’s numbers are returning to normal – and is even growing. “We have seen a return of our riders as well as a few others who learned or improved their riding during the pandemic,” explained Joe. “One student in particular learned to ride on two wheels last April, when the roads were at their quietest, and she is now riding every week in the bike train since it restarted. It’s amazing what quieter and calmer streets will do for a young rider’s confidence.”

And it’s not only the students who are riding – parents have started joining the fun, too. Barrett Windrem remarked, “During a year with so much uncertainty one of my highlights has been my availability on Tuesdays to accompany the Kempes on the Bike Train and ride with my twins. Nothing compares to the proud looks of joy and accomplishment on the riders faces when we reach school.”

Erika Karp said, “My son enjoys this weekly event and counts down the days to Tuesday. This year has made it even more special since I am working from home and have had the opportunity to join along. The JFK Bike Train has provided both my children with phenomenal memories and helped them continue their joy for riding all around the Raritan-Bridgewater area.”

The next time you see the Bike Train in Raritan, Joe says, “roll down your window and say hey, or just throw a thumbs up. Our biggest goal is to make the day a little brighter for the students at JFK.” And if you’d like to start a bike train in your community, contact Jon Dugan, RideWise Bicycle & Pedestrian Safety Manager, at jon@ridewise.org.